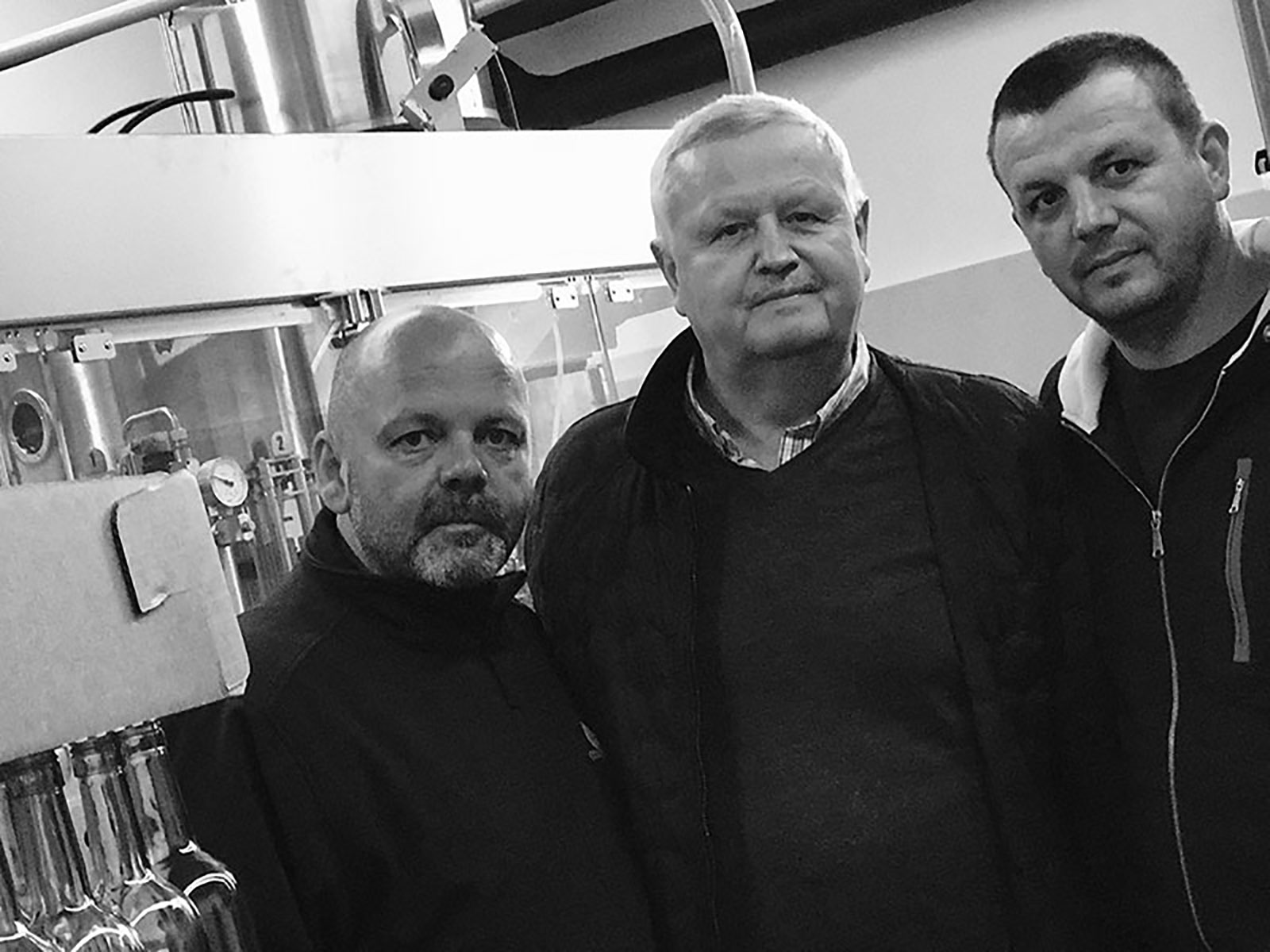 We decided to make wine the way it should be made. From grapes from own vineyards, from the varieties which belong in Slovakia and in our own cellars. Wine must be lush, nice and tasty. When we believe that we are able to fulfil this aim, it is easier to convince our business partners of our position on the saturated market.

The interview about the establishment the new company lasted hardly for an hour. I knew everything about Roman Janoušek, but especially that he is one of the best Slovak winemakers. We agreed that the best wine he would make, would bear his name "Roman Janoušek". Me myself as a collector of the best world wines, I have now decided to invest in their production. "I heard that you sold something big and now you want to make wine." That "something" was the largest Slovak publishing house with thirty magazines and newspapers that mostly did not have equals on the market. We also decided in a similar spirit to create and manage the wine company.

We shook hands on the cooperation and started searching for a suitable building. We were not successful at first but we did not doubt for a moment that we would settle somewhere. And in the end we happened to settle in the Pezinok Chateau. At first glance, it was clear that the impressive large cellars required general renovation and investment in technology. Even more, the entire ruined Chateau called for major renovation. At first, it seemed like a bit of a lot of expense, but as soon as we discovered that together with the Chateau we could buy vast vineyards in Dubník and Svodín in southern Slovakia, we stopped hesitating.

In April 2015, we founded Zámocké vinárstvo Pezinok. The sons Štefan and later Richard joined us. We have just finished the extensive renovation of medieval cellars and are now finishing projects to renovate the entire Chateau. A hundred-year old story of wine from the Pezinok Chateau began a new chapter, this time with the label ŠIMÁK CHATEAU PEZINOK.